The Faber nursery school is located inside Villa San Giusto at Via Brigata Reggio, No 20, in Reggio Emilia. This Liberty-style villa was built in the second half of the 19th century as a private residence. It covers three floors and is surrounded by a large wooded park. Around 1950, the building was bought by the Municipality of Reggio Emilia and turned into a primary school, before becoming a municipal pre-school in 1988 and then a nursery and pre-school in 1991. This led to a collaboration between two different organisations: the Municipality of Reggio Emilia and the Agorà Parents’ Association, founded in 1991, which began to run a nursery group at Villa San Giusto.

In September 2003, “the villa” took on a new identity with the opening of a nursery school run under a municipal contract by the Panta Rei Cooperative together with the Agorà Association which still runs a nursery group there, forming a bond between past, present and future. In March 2004, the nursery school’s steering committee launched a contest, calling for ideas to help choose a new name for the service, given that there was a strong need to both bestow and form an identity together: on 24th May, it chose a name and was christened Faber after Fabrizio De Andrè, who was chosen from the other candidates as someone who could make us look beyond the sphere of everyday life and lead us into the realm of poetic imagination. Choosing a name for the nursery and the school meant giving it substance, listening to it over again and experiencing it together, embracing and supporting the values which De Andrè always tried to bring to the world’s attention. The plans for these first few years therefore came from certain special values that had to be given meaning as life began at the “villa”. It has been reinterpreted with the children and families along paths that have led from choosing the name Faber to learning about resonance. In September 2006, given that the Institution for Schools and Nurseries of the Municipality of Reggio Emilia wanted to meet the growing demand among families for places for children aged between 3 and 6, Panta Rei took autonomous control over the nursery and pre-school, which once again changed the school’s identity: the nursery group run by the Agorà Association was transferred to the Haiku nursery and a second pre-school section was opened at Faber.

The pedagogical project behind this service is based on the idea of continuity between 1 and 6 years old that is heavily inspired by the system of common values for municipal nurseries and pre-schools in Reggio Emilia. At Faber, the nursery and pre-school share the same building: families can enrol their children at the nursery who can then continue their learning experience at the pre-school without their parents submitting another application to the Municipality; this lets the children follow a solid path of continuity between 1 and 6 years old, providing a very familiar learning environment for the children, parents and teachers, while letting them rediscover their traces around the school and build very important and profound friendships since they are nurtured over a long period of attendance. The nursery school is a place where knowledge and culture are created, a place of working together, a real building site for action and thought: an educational environment where the atelier, a laboratory in the larger laboratory that is the entire nursery school, becomes particularly important as a place alive with a mixture of different know-how and languages that are woven together, fused and enriched every day. The atelier and nursery school have increasingly welcomed languages and digital environments in recent years, experimenting with the new, incredibly engaging surroundings offered by new technologies as a valuable opportunity to investigate and research possible connections between the digital, real and virtual worlds together with the children. Languages and multimedia tools do not replace traditional methods here. Instead, they interact with each other and form a deep bond, creating new and interesting research areas.

The Faber nursery school currently has 75 children in total: a nursery group with 21 children from 12 to 36 months and two pre-school classes each with 27 children of mixed ages between 3 and 5 years old. The school is open from Monday to Friday, running from the first suitable day in September until 30th June. The opening hours are from 7:30 am to 4:00 pm; while an after-school service is available from 4:00 to 6:30 pm if requested by at least 7 families. A summer service is also organised from 1st to 31st July, based on the eligibility criteria set by the Institution for Schools and Nurseries of the Municipality of Reggio Emilia. 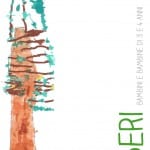 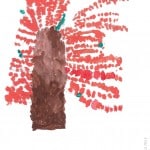 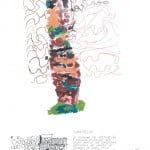 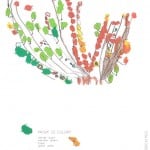 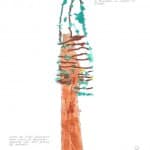